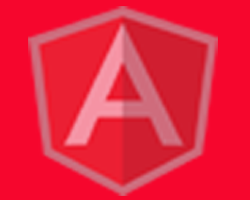 Angular is an open source web development framework written and maintained by angular team at Google .

In order to embrace angular's capabilities better, let's look at some of the important points about angular.

In this Angular 8 tutorial , we'll learn Angular 8 in the following ways:

In order to follow this angular tutorial , you need to setup your local environment which needs the following installed on your machine.

To check the version of node or npm , you can use the following commands in your terminal:

@angular/cli is an npm package and it's an amazing tool which helps with different repetitive operations when creating and working with Angular apps. You can install @angular/cli by typing the following command in your terminal:

Once @angular/cli is installed , we've setup the environment we need to start creating our Angular app , so now we're all set to create our angular app. In this tutorial , we'll be creating an angular app with the following plot.
What shall we create?

We're going to create a basic angular app called InventionsHub which simply lists different inventions along with some useful information about those inventions. We'll utilize many angular concepts like modules , components , services , routing , pipes etc while creating our project.
So let's get started.

In order to create your app , first switch to the directory where you would like to start your angular project by using cd command

now use the @angular/cli tool's ng new to create a new angular app as follows:

Great!, you just created your app. What ng new command did is that it created a bare bones angular app for you creating and placing initial files and folders at right place. Before we dive deeper into the code structure , first lets see how our creation looks like.
Serve your app

To serve your app , use another command ng serve offered by @angular/cli, as follows:

this command lifts your app on your local machine at http://localhost:4200 now go to your browser at the above address and you should see your app in action. following is a screenshot of how it looks like:

In this first part of the angular tutorial , we learned many interesting things about the angular framework like ::


And we also created our InventionsHub app which we will be using to grasp different building blocks of angular in the upcoming tutorials. Hope you're enjoying learning Angular.